On September 5-6, 2019, Olga Sergienko,   by the invitation of the project’s associated partners, General Director of JSC “Kosmos”, Evgenia Koroleva and Director of the non-commercial organization “Association of Ecological Partnership” Boris Krylov, took part in the international scientific seminar in the framework of the project  “Cata3Pult- Finnish -Russian public-private partnership catalyzing new green business”.

The seminar was devoted to a circular economy and digitalization of waste management in conditions of urban development. During the seminar the participants visited a number of environmental services in the Helsinki Region and  the cities of Helsinki and Vantaa as well as their energy companies implementing the “waste to energy” approach.  Interesting information was received that will be used in preparation of the online courses in EduEnvi project. The synergy of our two projects will continue to manifest itself, helping to increase their sustainability and dissemination of the results. 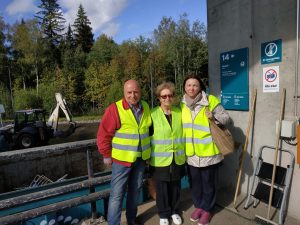 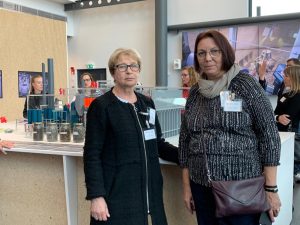 Evgenia Koroleva and Olga Sergienko during the visit in Vantaa energia.